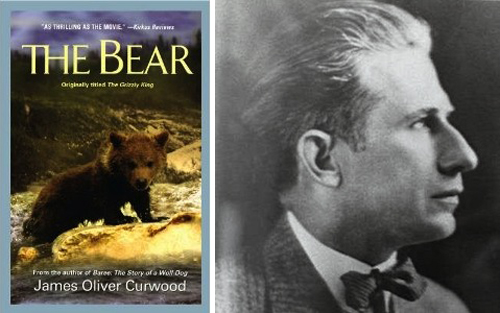 This is a story about two men against a bear with the Canadian mountains as a battlefield.

Thor is a grizzly bear that has never met any human beings, but no sooner does he smell the first, he gets hurt by their rifles, so he tries to run away from them and goes through the forest towards the highest mountains. On his way he finds a motherless bear cub, Muskwa, and without Thor’s permission, little Muskwa follows the big bear because he has nowhere to go and needs someone to take care of him. Thor seems reluctant at first, but they soon make a good team hunting and climbing together. Nevertheless, danger still follows Thor and they hardly have time to sleep or feed when they hear the humans and their dogs coming closer.

This has been gripping reading from the beginning to the end since you sympathize with the bears and you care a lot about them during the chase. The men are only hunting for fun and the bigger the bear is, the better, because the carpet they will make with its skin will look wonderful in their sitting room, so they are introduced as the animals of the story while Thor seem to be just a being who wants to live in peace. Besides, Muskwa adds a tender point of view in the story, which is something I loved.

This classic has been recently re-published in my country and the publishers sent me a copy for review some weeks ago. It was first published in 1916, and it’s curious because Curwood was a hunter before realizing that nature can be far more enjoyable if you don’t destroy it, so I suppose he built the human characters and the bears thanks to his experience first as a hunter for fun, and then as an observer of the wilderness.

If you like nature and animals, I’m sure you will love to get know these lovely but wild bears.

12 thoughts on “The bear (The Grizzly king), by James Oliver Curwood”