I received this book from Netgalley 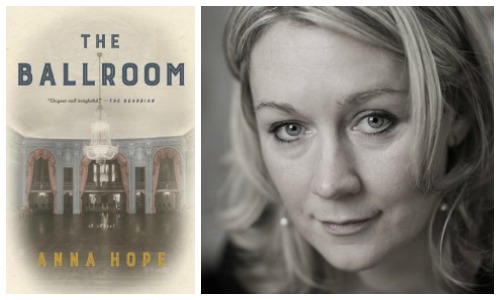 In 1911, a young woman called Ella is confined in a mental asylum against her will. In her first moments there she tries to escape and catches the attention of John, another inmate who is working in the fields around the institution. But Ella’s attempt to flee doesn’t succeed and soon she finds herself getting used to the routines and the people of the asylum.

Charles, one of the doctors of the institution, is a frustrated musician who, in an attempt to bring his job and his calling together, is studying the effect that music has on the mentally ill people under his care, gathering the women in a music room during some hours of the day, and assembling a dance for the men and the women together every Friday evening in a magnificent ballroom inside the building – the only moment men and women are allowed to interact with each other. Charles’ revolutionary method seems to go very well, supplying the doctor with enough evidence to support that mental illness can be cured – the doctor wants to present his conclusions against the Eugenics movement, whose supporters think of castrating men with these mental conditions as the solution to the spreading of illness and poverty. 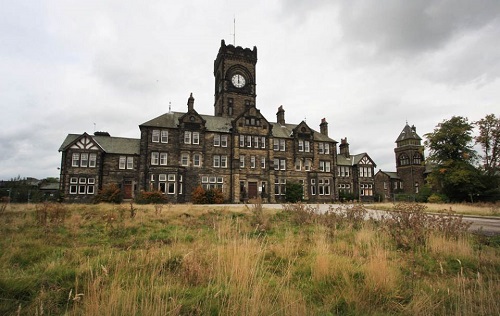 The asylum where the book is set really existed.
Source.

As the previous novel of Anna Hope, I was hooked on the atmosphere of the book. Ella’s point of view is of a weak woman, scared of this new place where people are “crazy”, but secretly brave enough to try to find her way out. John’s chapters are more masculine and apathetic; he is always working outside in the fields whereas the women are always doing chores inside the building. But from his first meeting with Ella, the seed of freedom begins to grow, so he tries to bring little treasures from the outside world for Ella, taking risks to write and send her letters, and feeling like his old self again. On the other hand, Charles’ chapters talk about the way other people see the institution and how dangerous was to be considered “different” in that time, taking into account the healing methods in mental asylums.

This is probably the best novel I have read this year; from the story of impossible love between these two characters whose destiny are in others’ hands, to how easily one might confuse madness and sanity and who has the right to decide if you must be freed or locked in; I felt the author has created a wonderful story on the basis of mental health.