I received this book thanks to Netgalley.

In the 1940s, during World War II, Japanese-Americans were forced to move to interment camps around the US while their constitutional rights were suspended, by a government that was supposedly fighting against fascism in Asia and Europe. 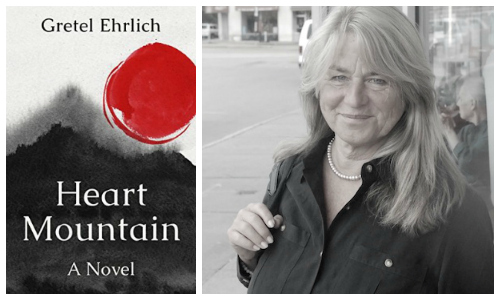 This is a story set in one of those camps, Heart Mountain in Wyoming, and the people who were confined in there, whose inner conflict was caused for the feeling betrayal by their own country, for which they would have fight for if allowed, since most of them were born as US citizens and view themselves as Americans.

On the other hand, there are also characters from the nearby town and farms; men who aren’t allow to join the army for their physical disabilities, women running their farms alone, not knowing if their husbands are still alive, etc., addressing the war from many different points of view.

I was really shocked by the internment camps for the Japanese Americans, which I had never heard or read of, so I began this novel with enthusiasm, expecting to immerse myself in a great piece of historical fiction but, despite how much I wanted to like the book, I couldn’t connect with the characters – there are too many of them, each chapter told from every one’s perspective, and sometimes the plots aren’t relevant to the story. I first thought the author wanted to tell a story about the interactions between the camp people and the locals, but there are many secondary plots about local characters on their own, with things happening out of the blue for no purpose whatsoever. In the end, the only parts I enjoyed were the descriptions of the seasonable work with the cattle in the mountains, riding for days in that beautiful scenery.

So, as you would have guessed, I can’t recommend the book. There are too many characters and I haven’t really connected with their stories, regardless of the appeal the internment camps as a theme represent.