I received this book thanks to Netgalley

What do you do when your hometown is beaten by a dreadful heatwave? You read one of Stef Penney’s stories to find yourself transported to the most northern, snowy and chilly places of the earth. 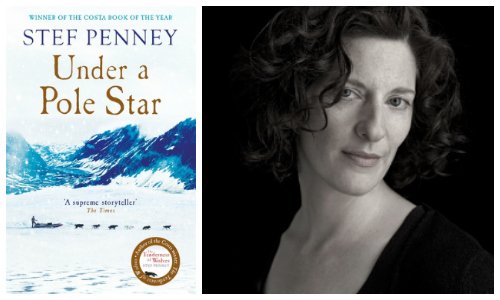 Under a Pole Star is a fictional recreation of the first expeditions who went to the North Pole in the late 1800s, journeys that were equally thrilling and dangerous. The main character is Flora Mackie, a motherless girl who, from the age of twelve, is taken by his father to Ellesmere Island on his whaler, spending most of her younger years living with the Eskimos. However, as she grows up into a young woman, his father no longer thinks a ship full of men is suitable for her, so she is left in Britain to get a formal education. But, for Flora, the North is her home and, despite women don’t travel to such places, she sets up an unprecedented expedition, leaded by herself.

I have enjoyed so much reading about these expeditions. First of all, they had to find sponsors to cover all the costs, to whom they would later named newly discovered peaks and lakes after. The men spent the winter in the Eskimos’ villages trading, packing and planning for their trips, which started in springtime and must inevitably include Eskimo hunters with their dog sleds, because the British and American men were unable to provide food or transportation for themselves under such conditions.

And then, from a humanly approach, the explorers were under the pressure of discovering something to bring back home, to have a successful adventure that claimed new land to their countries, to discover new species, new islands, new whatever; and such pressure may lead some of them to embellish their notes up to the point of deceiving the general public in order to get new funds for further journeys. All in an atmosphere of competition among the different expeditions in a land where the best you can do to survive is work together.

I could be talking about the expeditions forever, but coming back to the main storyline, I loved to see a female character leading groups of men into the Arctic. Everyone was really surprised to see a woman there – except for the Eskimos, who knew Flora since she was a child and could speak with her in their own language – so she had to look and act severe to be respected. The story also includes a romance between Flora and Jakob de Beyn, an American geologist who meets in Greenland, and goes back and forth between the two, one in America and the other in Britain. They share a deep fascination for those remote lands and the lack of attachment to the rest of the world, and this understanding leads to a unique love story.

I can’t help but recommend this book that, for me, has everything: historical notes about the golden age of explorers in the Arctic, a woman assuming what at the time was a man’s role, beautiful but indomitable lands, and a delightful romance.

PS: I chose this book because I have already read Penney’s The tenderness of wolves (review), which I also enjoyed.

This year I’m participating in the event “Book Trail Advent“, in which book bloggers and authors recommend books set in Christmas or in a cold, snowy place; perfect reads for the days ahead!

Go and take a look at our map and the wonderful recommendations we are getting: 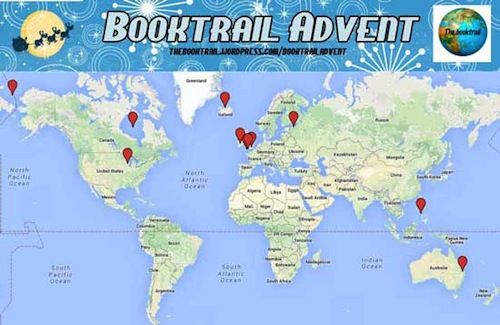 (I would need a couple of Christmas holidays, one after the other, to read every book I have put my eyes on!).

The tenderness of wolves, by Stef Penney 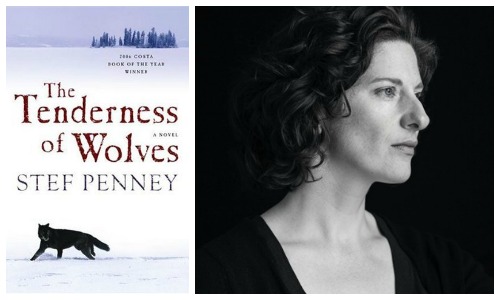 To be honest, I read The tenderness of wolves some years ago, but it has remained in my mind as a really good book inexplicably unknown by many readers, so I set a goal to myself: to put this book on your list.

We’ll travel back to a Canadian winter in the 1860s to know Mrs. Ross, a woman whose son has run away, as many times before, after the umpteenth argument with his father. Looking for the boy to make him come back home, she discovers that a man has been brutally killed. Some men from the township come to this colonist settlement in order to solve the crime, but being her son the prime suspect, Mrs. Ross needs to find him and prove he’s innocent. She will travel through the tundra accompanied by Parker, a Native American who earns a living as a trapper, but also a man who knows how to follow tracks in the snow; he has his own reasons for discovering who the murderer is. 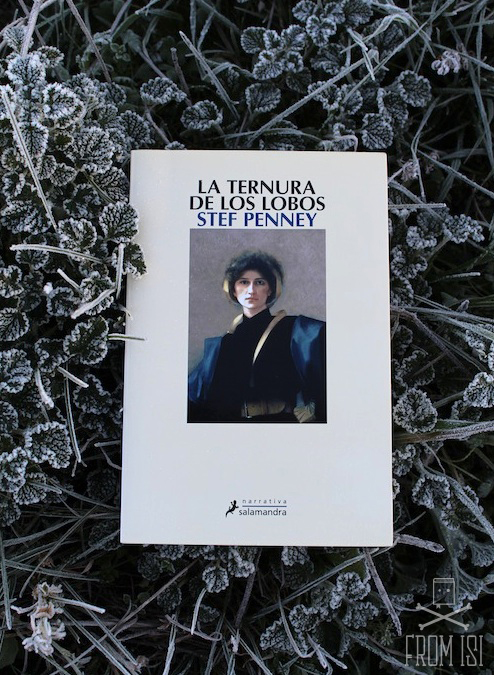 My copy of the book

So I hope you are ready for a tough journey through a settlement where outsiders are not welcome. Even Mrs. Ross, the spitting image of determination, will have a hard time travelling through this white landscape in search of her son. But there are other secrets buried deep down in the frozen land, and Parker and she are going to uncover them.

This is one of those books in which the setting makes the part of another character, and it’s hard to believe the author had never travelled to Canada before writing and publishing this novel! Penney nails not only the atmosphere, but also the characters – tightlipped men and women who must have been made of steel to survive in those adverse conditions, willing to start their new livings secluded in such an inhospitable landscape.

I would recommend you to prepare a blanket and, why not, a hot chocolate to fight the freeze that will enfold you while reading The tenderness of wolves. For me, it’s time to re-read.