One day, when I was studying English and beginning to read my first “real” books (meaning not those short ones for students that are in fact summaries of other novels), the book fair for second hand books arrived in town, and there was a stand with a tiny line of English books which made my day… until I took a closer look at them – the majority of the books were crime novels (not my genre), the rest were the Sookie Stackhouse series (I had already read them in Spanish), and then, I found this one. I was not sure if this was a fantasy book or what, but it was in ENGLISH, and I was there to purchase, people! No eventuality could have got me out of my way!

So I travelled back to the 13th century and I started this journey with a party of men who are asked by the king Manfred of Sicily to find a legendary beast. Antioch, an old scholar with a bestiary as a guide, has to travel to the Far East and bring back an animal marvelous enough to please the Pope. The scholar is not alone, though, since he will be protected by a small army whose leader, count Decious, was one of the greatest soldiers of that time. A little boy, apprentice of the scholar, travels with them, and in Asia they would also require the skill of a man called Venn, a translator who has learned all the languages of every spot in this vast and wild world. Years later, the boy’s father travels through Europe in order to find what happened to his son – the posse never came back and no one seems to know their fate.

In addition to this story, there is also a young woman who traveled to the Emperor’s court in order to marry a soldier she met in her little village, with whom she fell in love. And the path she walked would be the same as the party’s, both looking for different outcomes.

I have to words to explain how much I enjoyed this novel. There are several characters and every one of them has their importance within the whole story, but perhaps in the end the reader becomes really fond of Venn, the translator, and Ming Yueh, this poor girl who voluntarily travels away from her people in order to pursue a better future for herself, which turned out different from her expectations.

The narration is lovely too; the descriptions of the scenery, the great city and the harbors, and also the different points of view of every character; the way the different groups of men see each other makes you become part of the story. There is also a special issue I particularly loved: Ming Yueh and the other women of the East know a secret language with which she leaves messages to people along her way, and it’s this language what will bring Venn to her. Isn’t it beautiful, the power of words linking people?

And finally I liked the structure of the novel, addressing the desperate search of the boy’s father in every other chapter and, next, the actual events of the men who went to find a unicorn.

The unicorn road will break your heart, but it’s worth it.

PS: I want to thank Joy for the helping me with the review.

This is the story of a woman who claims to be 134 years old. 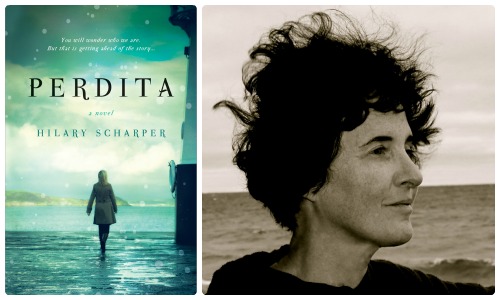 Garth is interviewing people for his Longevity Project, when he comes across Marged, an old woman who is supposed to be very old but has no way to prove it except for some diaries she says she wrote when she was young. She tells Garth that the reason she has lived that long is Perdita, but who is Perdita?

Through the journals we get to know Marged when she was eighteen, in the late 1890s. She lived with her parents and other relatives in Georgian Bay, Canada, being her father and uncle the light keepers. The place was isolated during the winter, but when the spring came, lots of people from the cities spent several months in the Bay; there was George Stewart, a young painter that would become famous later for his paintings of the Bay, or doctor McTavish, a man whose secret love was ornithology and worked together with Marged in order to write a book about the birds of the Bay. The place is beautifully described throughout the entries of the journals and the reader can certainly feel Marged’s connection to the place where she lived.

Later, she moved to the city with her mother, who suffered from a stroke and the doctors thought she might benefit from a treatment in a specific clinic, and Marged begins to spend some time with her mother’s physician, Andrew Reid, until she has to make a decision which would change the rest of her life. 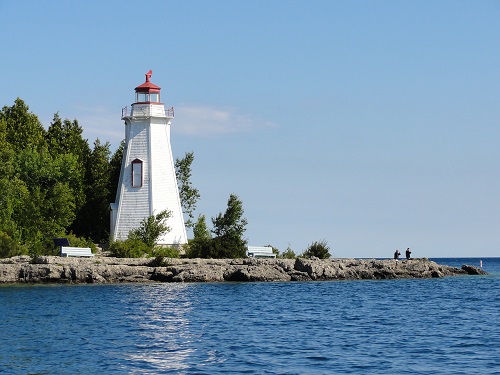 There are some things I like of the book and many others that didn’t work out that well. For a start, the pace of the book is irregular: nothing happens most of the time in the diaries, and sometimes the book has such amount of entries that when I got back to Garth’s part of the story, I didn’t even remember the names of the characters. There are also some parts that are not well developed and it seems that we never know what’s going on, for example, Marged’s relatives want her death but we have no idea why, and there is a dark character who almost rape Marged when she was young, but we don’t have any further news from him later on. And finally Perdita, the person who should have had a main role in the story, only appears at the end in a hurriedly fashion which made me wonder if that was just all.

Back into the positive of the book, I think that the diaries have been a great way to know the lives of Marged and her family in the astonishing scenery which is Georgian Bay, with all the difficulties that living in a place like this carried at that time, but surrounded by such beauty. I also liked the characters, especially doctor McTavish, who seemed to be a very kind man, and the explanation for Perdita, which includes a lost Greek legend (though it is explained very fast and at the very end).

For these reasons I’m not sure about whether to recommend this novel or not.

I received this book from Netgalley.

I have always had the idea that this book was a love story between two Europeans who move to Africa. I haven’t watched the film, but I know it is a love story, and the book is included in collections of romantic novels year after year, so I was really surprised when I realized that Out of Africa was very far from the story that I had expected.

In the book, the author narrates her experience on her farm in Kenya, especially the issues that came from living together with the local people. People from two tribes, the Kikuyu and the Masai, worked for her in the coffee plantation and baroness Blixen (Isak Dinesen is the pseudonym of baroness Karen Blixen) talks a lot about their different points of view about almost everything, so difficult but so necessary to understand for Europeans if they wanted to make things work and succeed there on the farms.

She also talks about the visitors on the farm: people from every European country who went to that part of the world and couldn’t go back because they fell in love with Africa. They organized expeditions into the wild and I was astonished when I discovered that a woman from Danish high society could hunt lions with her rifle as well as any man.

The only thing missing in this book is just the narrator and author’s personal life. She never gives her opinion about the troubles she is involved in, both with the local people and with the farm; she just tells us what happened and how she dealt with it and this makes you experience that strange country more vividly because you are reading the conversations with the indigenous and you just feel as lost as the author must have felt there. She neither talks about her husband nor about her lover, the Englishmen Denys Finch-Hatton, who is addressed in the book as one of the visitors on the farm without giving away anything else that makes you think they were more than friends. I knew the whole personal story when I read my edition’s prologue – I read the prologues at the end because sometimes it turns out that the prologue tells you the whole story, and then what are you reading the book for? – and I wondered why she didn’t write about anything but the facts of the farm.

The narrative style is very descriptive and the author spends a lot of pages telling you how the scenery or the people were. That makes the book slow but enjoyable if you have enough time to sit down and imagine those hills.

Summarizing, this is more or less an autobiography of Karen Blixen in which you can discover the beautiful landscapes of Africa, where you can have a gazelle as a pet but you also have to take care because a leopard is living in a forest next to your house, and learn about the difficulties of living on a plantation with people who are very different from you.